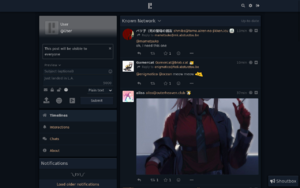 Pleroma's API is built upon Mastodon's and shares thereby many features, over time more and more unique features were added such as:

Unfortunately, Pleroma does not implement the entire Mastodon feature set so there are features that are unsupported such as:

Different to Mastodon, Pleroma has lifted and increased many limits. These are now customizable by the instance administrators. Configurable limits are:

Pleroma has a feature called MRF which stands for Message Rewrite Facility, these are pieces of configurable code which can change the federation behavior of Pleroma instances.

Which MRFs are enabled and enforced are generally publicly available under the instance's about page (/about) or over the API (/api/v1/instance, JSON property: pleroma.metadata.federation). Administrators can choose to omit this information.